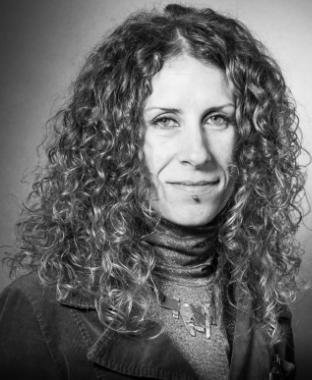 Luciana Satta is the mind that designs and produces Red Label Arts jewellery and works. She first studied in the artistic world of Tempio Pausania (OT), a small town in Gallura (Sardinia) surrounded by a granite landscape carved by the powers of nature, where she attended the State Artistic High School (now dedicated to Fabrizio De Andrè) and became enamoured of the popular Sardinian traditions, with their ancient rites populated by characters represented by the numerous, mysterious wooden mass. In 1995 she moved to Bologna to study at the Fine Arts Academy, where she got to know the magical world of metals thanks to a course in Casting Techniques, thus discovering new materials in which she could express her imagination. It was but a short step to the world of jewellery and, after finishing her time at the Academy, she moved to Florence, where she enrolled in the international jewellery school “Le Arti Orafe”. There she learnt traditional and contemporary jewellery techniques and, thanks in part to the stimulating environment influenced by the various cultures of students from every part of the world, started to conceive of an idea of jewellery, outside the rigid dictates of the classical, in which are combined the fascination of metal and the plasticity of sculture. After receiving her Jeweller’s Diploma, she moved to Rome, where she was lucky enough to work in some of the capital’s most important jewellery companies, thanks to which she refined her experience and learnt new methods. However, the desire to produce her own “Art” was too strong to be ignored, and so, after a lovely experience far from home, Luciana returned to her beloved island to realise her dream: Luciana Satta Jewels Design.