Study, learn and experiment without limits or confines

Founded in 1985 by Giò Carbone, LAO was the first Italian school dedicated to the study of  jewellery and is unanimously recognised as one of the most prestigious European schools.

LAO invented, developed and perfected a creative and personalised method of learning, concentrating on innovation and research.

For more than 30 years the school has offered a wide range of long and short courses, emphasizing and promoting a learning process based on the acquisition of solid technical and professional skills combined with artistic research and design.

The concept of jewellery has evolved in a surprising manner since the 1970s with the arrival of artists and jewellers who have conducted research into the creation of contemporary jewellery. The processes, materials, functions, significance and social use of jewellery have changed. Teaching and learning methods have changed, as have the tools and communication. Contemporary attitudes have also invaded the world of jewellery, which appeared old and “dusty”.

LAO has contributed and is contributing in a defining manner to this constant evolution. LAO is a Training Agency accredited by the Tuscan Regional Authority and certified according to the ISO standards 9001, can offer recognised and financed courses in addition to participating in the main European programmes.

A self-taught goldsmith up to 1985 he ran his own workshop-boutique in Florence.
The production of jewellery has always been limited to the creation of unique objects and the realization of master models and limited editions on behalf of manufacturing companies.
In 1985 he founded “LAO – Le Arti Orafe“, international school of jewellery, jewellery design, engraving and stone setting. His work as a goldsmith was discontinued in the early 2000’s, to entirely devote himself to his commitments for the school and for the organization of events and exhibitions on contemporary jewellery, and the coordination of transnational cooperative projects.
In 2005 he founded “Preziosa Contemporary Jewellery exhibition“, international event devoted to the promotion of contemporary jewellery.
In 2015 he launched the new project “Florence Jewellery Week” (FJW), for the diffusion of jewellery culture. 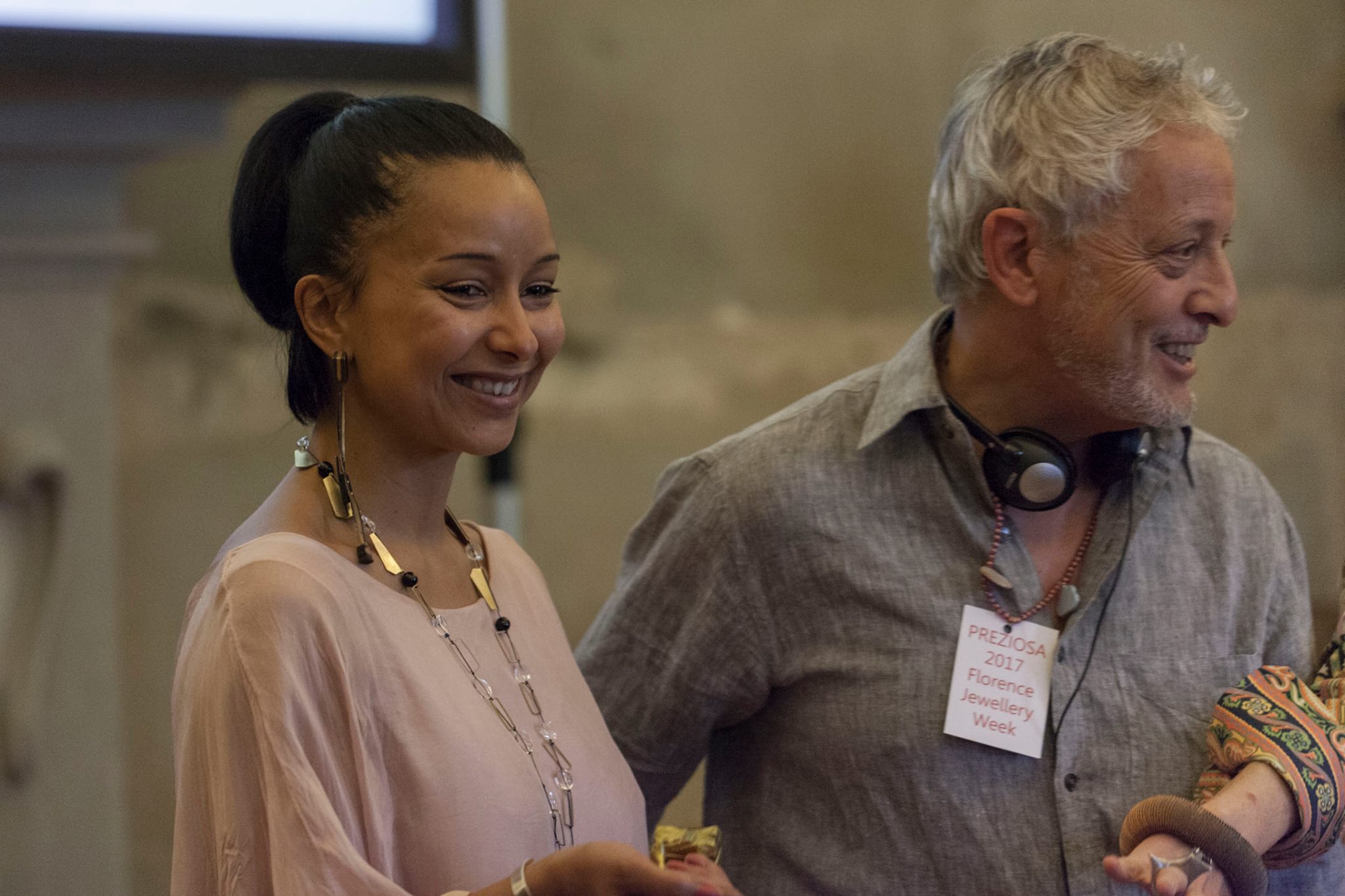 After studying at the Porta Romana Art Institute in Florence, Jasmina Carbone followed courses in graphic programming and CAD and graduated in “Jewellery Designer” at the LAO -Le Arti Orafe School of Goldsmithing in Florence. She is teacher and coordinator of jewellery design and CAD design courses and an authorized teacher to issue the official McNeel certification.

In 2003 she has been professor of rendering for the “Jewellery Designer” course in Bologna and coordinator of the Swarovsky project “Homage to women”. She was a lecturer at the University of Florence (Faculty of Literature and Philosophy), in the “Fashion and Design” section where, with her students, she worked on Signity’s “Gem Vision” trend book.